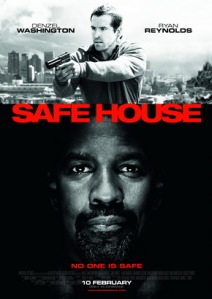 Safe House, starring Ryan Reynolds is about a young CIA agent who looks after a safe house. But when the safe house is attacked, he is finds himself on the run with the notorious fugitive. The movie is excitement filled,  intense fight scenes that show off both Ryan Reynolds and Denzel Washington skill and physical power in combat.

Ryan plays his role extremely well with sex appeal, and though doesn’t seem to be muscular and tough enough to go up against Denzel and countless others, he really holds his own. He makes you believe that he truly is that character. Denzel also gave a virtuoso performance as the ultimate bad guy.

Afterwards, my friend and I went to eat at City Crab. I’ve always passed by the restaurant but never been so finally had the chance to try it, and it did not disappoint. Our waiter, Jack was charming and cute, and was knowledgeable about the food. I chose the Steam Pot which was filled with lobster tail, crab legs, andouille sausage, shrimp, scallops, corn. It also came with mussels and clams which I couldn’t bring myself to eat. Everything else was delicious, flavored wonderfully and dipped in butter.

I also tried their Oreo ice cream cake which came with raspberry syrup. It was decent- I liked the ice cream part of it and it did taste like Oreos but I expected more. It just didn’t blow me away.

Overall, a very satisfying meal which I somehow got for less than the advertised price… Always a nice surprise. 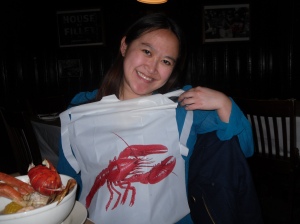